According to Disrn founder, Adam Ford, the stock market tank we saw in late February had less to do with Coronavirus and more to do with the progress of Bernie Sanders.

Bernie won Nevada and was declared the frontrunner, and that drove the worst drop in our stock market since the 2008 financial crisis.

At the beginning of March, we see Joe Biden earning a decisive win in South Carolina and immediately the stock market spiked back up. Not just ticking back up but setting another record of a 1-day point gain.

Ford created a visual overlayed with the events. 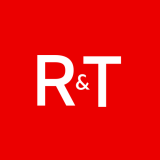